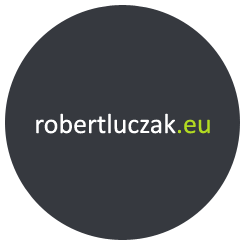 I have been using the following words for number of years, especially when being exposed to the public – mostly to my students. I have hundreds or maybe even thousands of witnesses. This is my manifesto:

We will be saved by women and trees.

What do I mean? Two simple things:

Why am I using the term „to be saved”?

I am strongly convinced that we face major existential threats: basing our social relations on exploitation and violence; soaring inequalities tearing our societies apart; loosing ability of common action by being lost in delusional technologies and fake narratives; reaching planetary limits of up-to-date growth based on exploitation; imposing externalities on ecosystems creating threat to our physical existence.

All of these crises have to be faced in parallel and by coherent, interdependent set of policies – not by overthrowing the results of modernity, but by reinventing and redefining the notion of progress. This, however, can happen only as a result of transforming our set of values and language we use to describe, understand, and shape reality. We will be saved by women and trees, not by economic growth at all cost, and transformation of nature.

I have not come up with this idea. Recently, it can be found in such distant publications like Laudato Si’ Encyclical Letter by the pope Francis or in the last UNDP Human Development Report 2020. The next frontier. Human development and the Anthropocene.

However, this concept principally has been developed and propagated by Vandana Shiva and it is called ecofeminism.

Watch it, immerse into it, be embraced, absorb it.